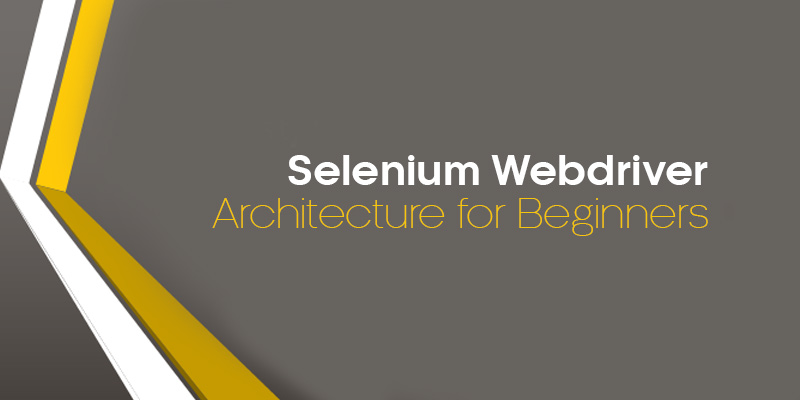 Selenium is an automated testing tool which is a free open-source used to test web applications across many platforms and browsers. The earlier versions of Selenium need a server to execute tests, whereas a selenium webdriver architecture is easy to execute the test scripts on a particular platform without any server. Selenium IDE, Selenium RC, Selenium Webdriver and Selenium Grid are the four components that constitute the architecture of selenium.

Selenium is an open-source programme that automates web browsers. It offers an interface that enables you to create test scripts in a number of different programming languages, including Ruby, Java, NodeJS, PHP, Perl, Python, and C#. Join the Python Training in Chennai to excel in the most widely used programming language. The training also helps you learn the Selenium tool faster when compared to other programming languages. 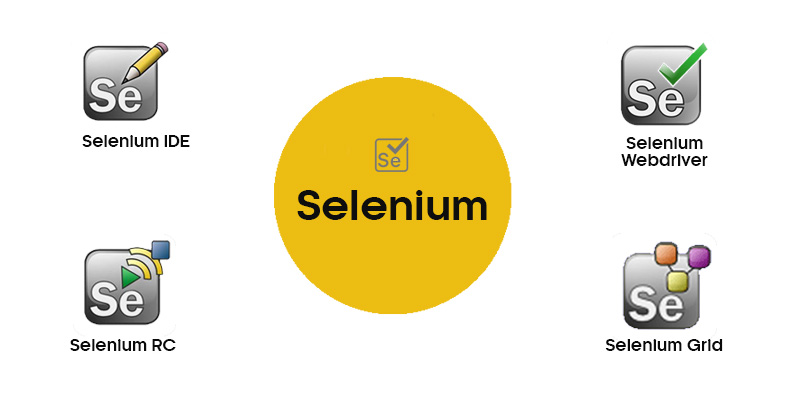 This automation tool works with four components that help attain the Selenium structure. They are,

A programming library called the Selenium Client Library, often known for its language bindings, contains commands compatible with the W3C and Selenium protocol in the form of an external jar file. There are two categories in the selenium client library,

Web Driver Protocol Clients -They are simple HTTP call wrappers for the WebDriver protocol. The library is accessible through Selenium's official repository and can be downloaded based on the user's preferred programming language. Later, the library can be added when starting a new Eclipse or IntelliJ project or new Maven project.

Take up the Selenium Training in Chennai and learn all of these components in-depth to gain proficiency in the automation field.

The programmes communicate with one another using the set of guidelines called Selenium API. APIs serve as a conduit between programmes, facilitating communication between them without the need for user involvement.

JSON is a widely acknowledged technique for communication between diverse systems and is used in web services like REST. The Selenium WebDriver uses JSON to connect with client libraries and drivers. The JSON requests sent by the clients are transformed into HTTP requests for the server's comprehension before being delivered to the client in JSON format. Serialization is the method used for this data transport. Using this technique, the inner workings of the browser are kept a secret, and the server can interact with the client libraries without a need to know any programming languages.

Browser drivers connect the Selenium libraries and browsers. They assist in executing Selenium browser commands. Drivers for each of the browsers are available separately and may be downloaded from the Selenium official repository. When using a browser driver, we must import the relevant Selenium package into our code using the syntax "org.openqa.selenium.[$browsername$];". Additionally, we need to use the following syntax to set the System property of the browser driver's executable file:

Where key is the driver's name and value is the location of the driver's executable file on the user's device. Let's use the following snippet of code to understand this better:

Selenium will launch the Chrome browser when we run this code. Take the Software Testing Course in Bangalore and learn everything you need to know about software testing to carry out your tasks as a Selenium Software Tester effectively.

This group includes all of Selenium's supported browsers. Selenium test scripts can be executed on various operating systems and browsers, including Chrome, Safari, Firefox, Opera, and Microsoft Edge.

Selenium webDriver offers broad support for several web browsers, including Firefox, Chrome, Microsoft Edge, Opera, and many more. Additionally, it supports a few unusual or uncommon browsers, such as HTMLUnit.

WebDriver performs more quickly than the other Selenium Suite components. In contrast to RC, it connects with the browser directly through the tool rather than using a middle server.

The majority of Selenium WebDriver instructions are simple to implement. For instance, WebDriver uses the commands below to start a browser:

In order to address some potential difficulties in automation testing, WebDriver offers a variety of alternatives. Through the use of dynamic finders, WebDriver also enables testers to work with complicated web features like checkboxes, dropdowns, and alarms.

Look at the figure below for a view of the workflow in the selenium webdriver architecture. 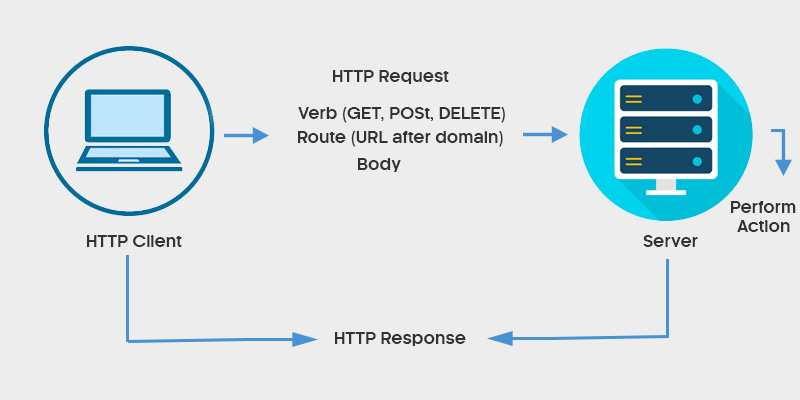 Take up the Selenium Training in Bangalore and gain a comprehensive knowledge of automation in software testing. The following processes occur in the background when a user writes WebDriver code in Selenium and runs it.


Enroll yourself in the RPA Training in Chennai and learn the Robotic Process Automation in software testing. This will help you to fetch a high-paying job role in one of the top IT companies.

How to use Selenium Webdriver Architecture for Automation Testing?

To execute Selenium test scripts, follow the below instructions,

To wrap up, the core of the entire Selenium suite is Selenium WebDriver. It functions as the brain of selenium. The Selenium automation testing process runs quickly because of the various APIs included in Selenium WebDriver. Take up the Software Testing Online Course and earn certification in Software testing right from the comfort of your home.

You can consider joining RPA Training in Bangalore and unlock the wide range of job opportunities in the booming sectors of technology in the IT industry.