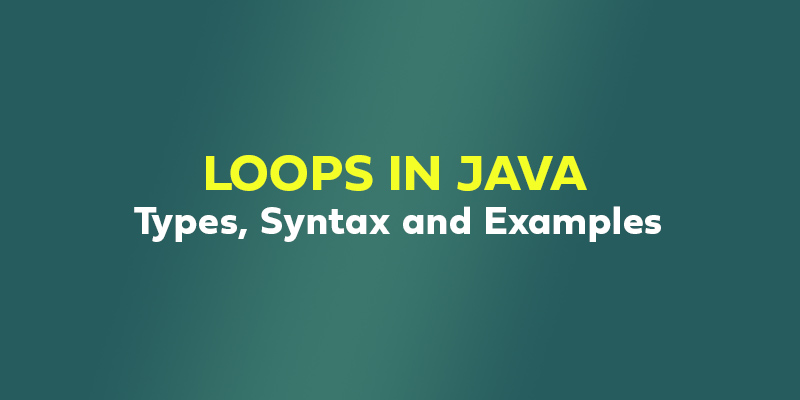 Java is an Object-Oriented Programming (OOP) Language used for building website apps, android apps and software development tools. To repeat a block of code in the process, Java programmers use loops in Java. There are three looping statements in Java to assist programmers and web developers in their tasks. Let's dive in to learn more about loop types in Java.

Loops in Java is a set of codes that are repeated over until a desired output or condition is met. For example, if you need to create an output for 100 times, you can create a loop instead of typing the codes for 100 times to get the same output. Looping in Java is a fundamental concept as it reduces mundane tasks and eases the workload of a programmer. Join the Java Training in Chennai at FITA Academy to gain a comprehensive knowledge of this programming language along with its loops and frameworks.

Concepts for Looping in Java

All three looping statements in Java follow the below concepts of loops. In simple words, all loops in Java use the same blocks to get the desired output.

Enrol yourself in the PHP online Course in addition to learning the types of loops in Java and know how to create dynamic content and interact with databases to be an effective web developer.

The major three types of loops in Java to repeat a similar program are discussed below.

Different control structures in programming languages enable you to create more complex execution routes. We can execute a statement or collection of statements more than once using a loop statement. Most computer languages use a loop statement in this simple form. If you are learning Java to become a web developer, consider joining the Full Stack Developer Course in Bangalore to learn the entire process of building a website.

While Loop in Java

The While Loop In Java is a control flow statement that allows code to execute repeatedly based on a Boolean condition. The while loop functions similarly to an iterative if statement. Java's "while" loop is used when a block of instructions needs to be repeated over and over again. A diagrammatic representation of this loop structure is given below. 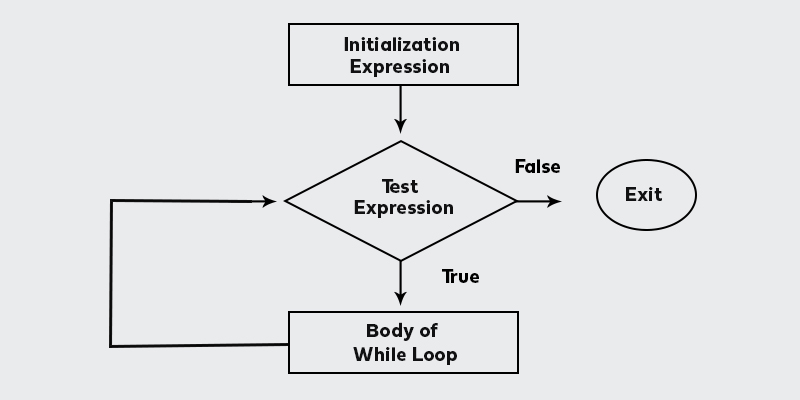 Syntax of While Loop

The loop-body of a while loop can consist of a single statement, a collection of looping statements, or nothing at all. As long as the test expression or condition is true, the loop will continue to run. The line immediately following the conclusion of the code in the loop body is where the programme takes control when the expression is no longer true. A loop variable must be set up before a while loop can run. The while loop's body is where the loop variable should be modified. 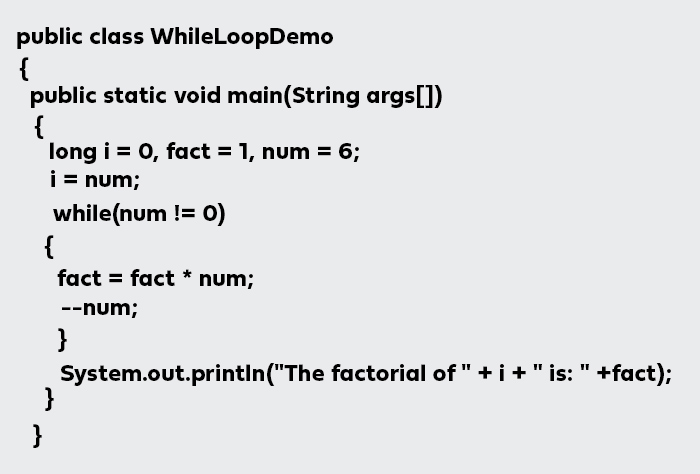 To gain in-depth knowledge of the various types of looping statements in Java, enrol yourself in the Java Online Certification Training and become an expert programmer right from the comfort of your home.

There are no looping statements in the body of an Empty While Loop. It simply contains one statement—null—which is indicated by a semicolon following the while clause. 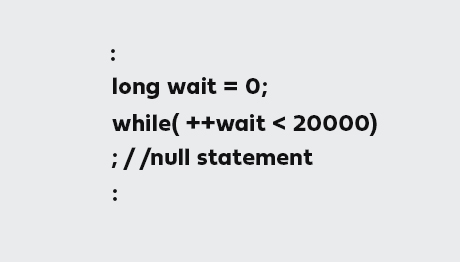 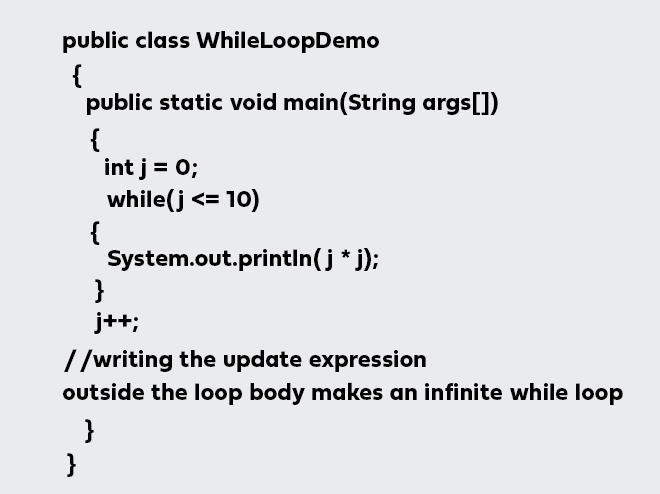 Due to the absence of the statement j++ in the loop's body, the aforementioned loop is infinite. The loop never ends since j's value, which is 0, remains constant. We may also place the boolean value true inside the while expression to create an infinite while loop. The body of the loops will be repeatedly run because the condition will always be true. You may view it below.

Are you dreaming of building applications for websites and androids in your career? In addition to Java, take up the Python Training in Chennai and strengthen your skills in programming languages.

For Loop in Java

With the aid of the for loop control structure, you can effectively create loops that must be executed a predetermined number of times. When you know how many times you need to accomplish something, you can use a for loop. At the top of the loop, inside the round brackets(), you can find the loop control elements. The loop control components in other Java loop structures are dispersed throughout the application. 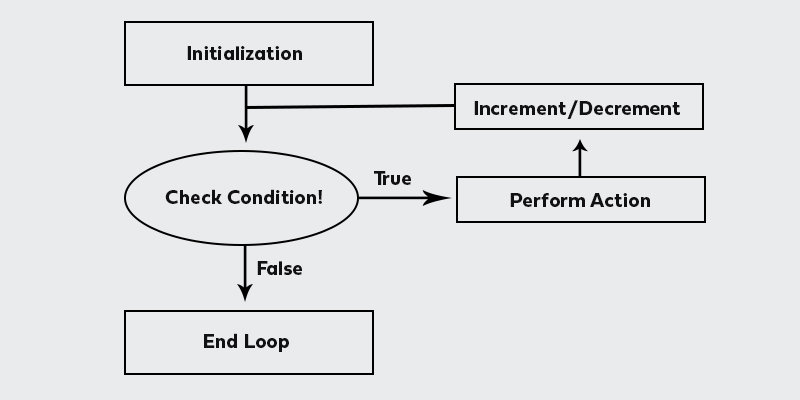 Above is a flow chart of for loop’s structure which is given step by step for your easy understanding.

Syntax of For Loop

The loop structure begins with the initialising statement. It includes a variable with a predetermined beginning value set by the programmer. When the control shifts into the loop, the control variable's value are this. This statement is only used once, though. If a specific variable is declared in this section, the scope of the variable is only applicable to the loop.

Observe the loop's control variable ‘i’ rises from 0 to 10 and then stops when it reaches 11; the condition is no longer true. As a result, it exits the loop. 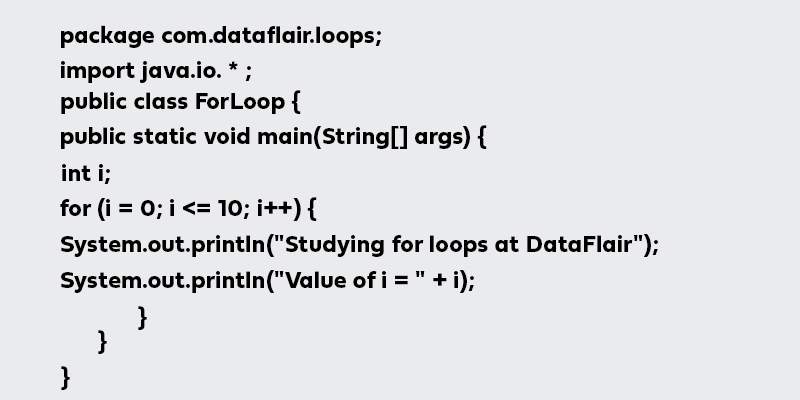 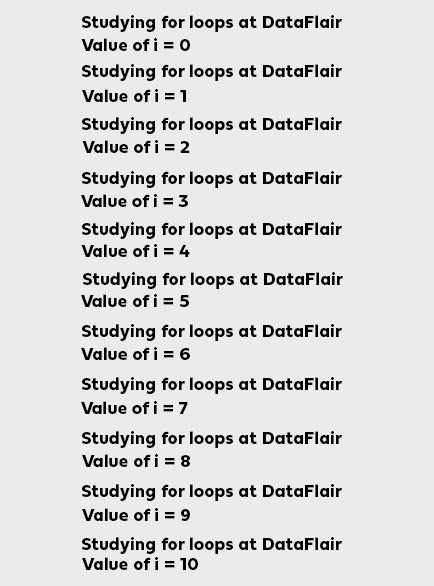 Join the Java Training in Bangalore to gain a comprehensive knowledge of this programming language to build websites, applications and software.

Until a specific condition is satisfied, a portion of code is repeated using the do-while loop. When the number of iterations is not pre-planned and the loop must be executed at least once, a do-while loop should be used. The exit control loop is the name given to a Java do-while loop. Because it is an exit-controlled loop, the do-while loop differs from the for and while loops. This indicates that its test expression or test condition is assessed at the conclusion of the loop, following the execution of the statements in the loop-body. A flow chart of the Do-While loop is given below. 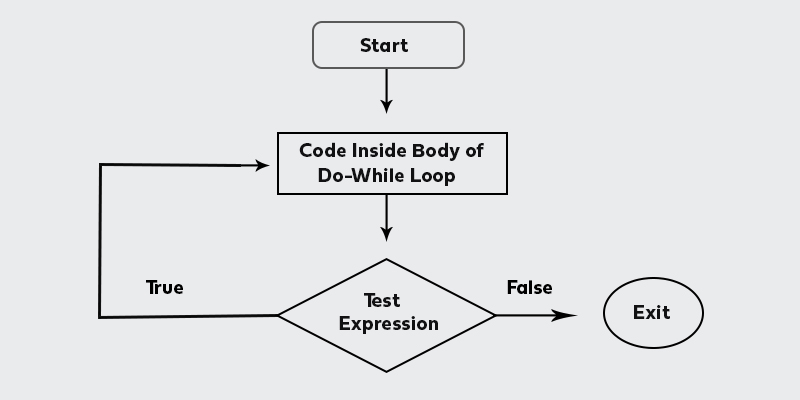 The do-while loop is frequently employed in menu selection systems where the user has at least one opportunity to view the menu. The next step is either repeated or halted, depending on what the user does. ‌ ‌

The braces are not required if the loop-body just contains one statement. Make a wise choice of enrolling in the Python Online Course and strengthen your programming skills as you stay comfortable at home. 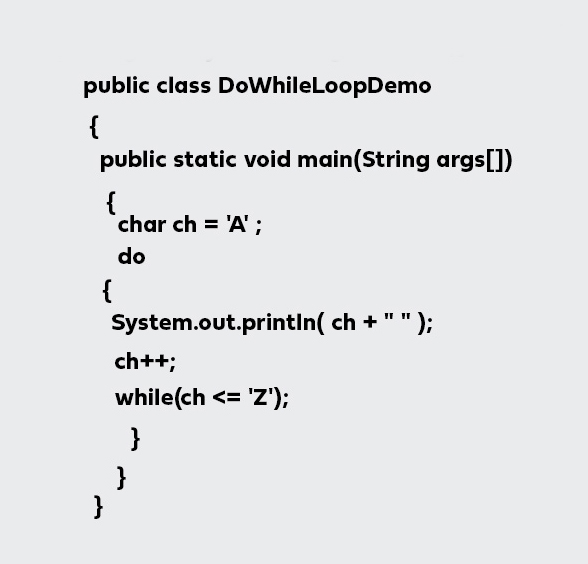 The code above prints characters from "A" until the ch= "Z" condition is no longer true.

A loop that has another loop nested inside of it is called a nested loop. The inner loop, however, has to end before the outer loop when there are two loops inside each other. If you are learning the types of loops in Java intending to become a full stack web developer, consider taking up Dot Net Training in Chennai as it is one of the important technical skills any web developer possesses. 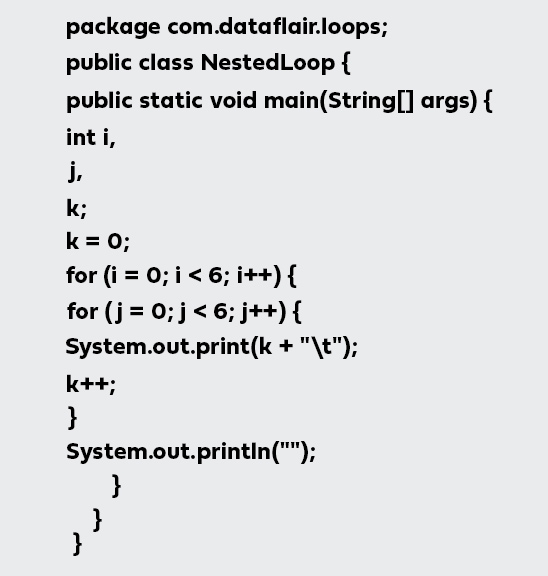 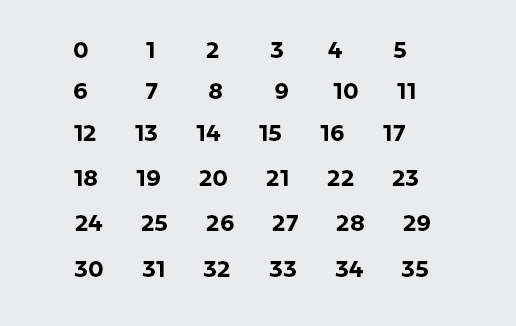 This matrix, which measures 6 by 6, was created using nested for loops.

Enhanced For Loop in Java

To iterate through the objects in arrays and collections in Java, use the for-each loop (like ArrayList). It is also known as the Java Enhanced For Loop. Apart from this, you can also take the Full Stack Developer Course in Chennai to build a strong career in the web development field.

Syntax of Enhanced For Loop

Declaration: The new block variable's type coincides with the type of the array members you are accessing in its declaration. The variable will be accessible within the for block and have the same value as the current array element.

Expression: This provides you with the array you need to loop through. The expression could be a call to a method that returns an array or a variable holding an array. 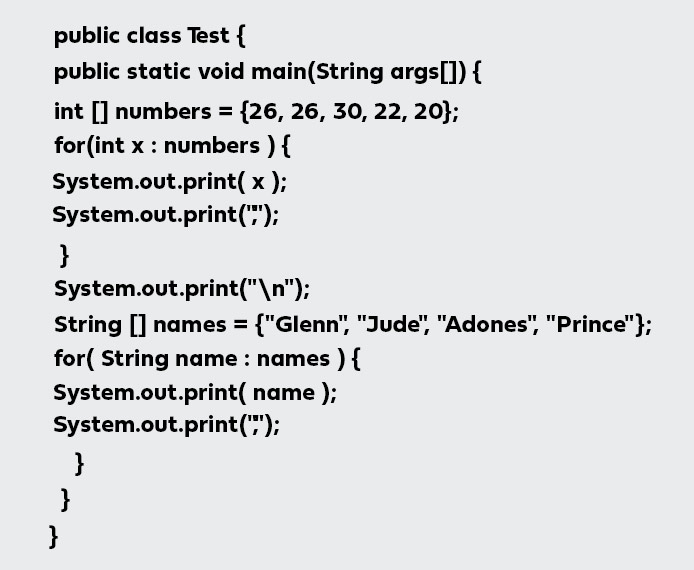 With the knowledge of looping statements in Java, elevate your web developing skills by enrolling in Python Training in Bangalore. Python is yet another core programming language for web development.

You can repeatedly run the same block of code by using loop control statements. Two different types of loops exist. For looping statements, a certain number of times, keep track of each iteration with an index variable that increases. As long as a statement is true, it continues to be true. The typical order of execution is changed by loop control statements. Any automatic objects produced within a scope are deleted when execution exits it.

With Java, the control statements listed below can be used.


To wrap up all the looping statements in Java assists the Java Developer in building websites and applications in the IT industry. Knowledge of the types of loops is inevitable to carry out tasks in the project effectively. If you are a new graduate with Java programming skills, check out these Java Interview Questions for Freshers and groom yourself to get placed in one of the top IT companies.