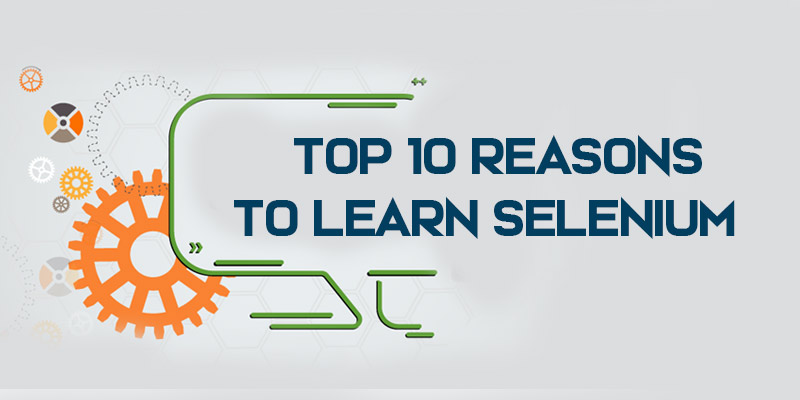 The reason you have chosen to read this blog is that either you want to start a career in the IT sector, or you have decided to become an automation tester from being a manual tester. Whatever your reason may be, you’ve come to the right place, because Selenium is the answer to all the reasons that led you to this place.

Selenium is an open-source software testing tool for web applications over different platforms. It is used in the Software industry for testing web applications. FITA Academy provides in-depth knowledge in Selenium testing, automation, selenium IDE and much more. Enrich your skills in the testing domain via Selenium Training in Chennai, with specialists approach provided by industry experts. In this blog, we will address the most convincing reasons to learn Selenium, which will definitely make you think about choosing this technology.

Here, are the top 10 reasons to learn Selenium in today’s world, and they are explained in detail below:

Frameworks are very similar to prototypes, that allows users to make a slight change to the code because of their necessity for different conditions, rather than changing the entire application.

The most popular frameworks are:

Compared to selenium, other testing tools are either licensed software or their performance is not as strong as Selenium. For example, IBM’s RFT, Test Complete, QTP, Ranorexcase. Start your career into automation through the Selenium Online Training provided by FITA Academy

Easily combined with other tools

Selenium software supports multiple programming languages, it is the most essential factor that helps any programmer to get into the Automation testing world. The most popular scripting languages are VBScript, Java C# and much more. But in the case of Selenium, even though the user is skilled in just one of these languages, they can adapt their career with any other language, such as PHP or Pearl or Python or Java, etc.

Another great advantage offered by Selenium is that the user does not need any specific OS or software or hardware to use the Selenium application. A user neither needs a system with 16GB RAM or high HDD nor a Mac OS or Windows OS or Linux OS. So, working in a Selenium tool is easy to use.

Selenium is present strongly in the DevOps lifecycle

Most of the companies are now placing Waterfall or Agile approaches with the DevOps support, this makes Selenium as an integral part of DevOps lifecycle.

That is why no clarification is needed as we all know that the Selenium method is one of the most in-demand auto-testing tools on the market with lots of recruiters looking for Certified Selenium testers. With steady growth in selenium use, the market for Selenium testers is also growing proportionately.

Finally, we have reached the end of the blog of top reasons to learn Selenium. We hope that the above-mentioned reasons are able to give you a clear idea about selenium and it will definitely guide you to undergo and learn the Selenium testing tool to become a master in automation testing. For more information on Selenium Training in Bangalore, contact FITA Academy.

Recent Post: Salesforce Certification: How it can help you to shift your career