Artificial Intelligence and Its Types 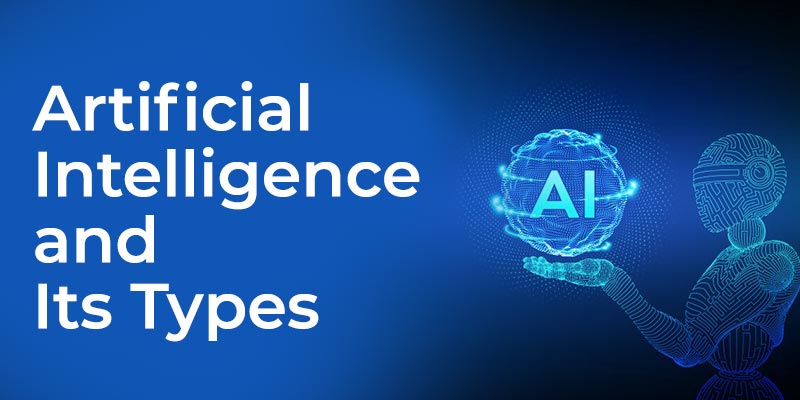 Artificial Intelligence is the simulation of human intelligence in machines to perform human-like activities, such as decision-making, problem-solving and communication with humans( irrespective of the language) and the like. In simple terms, when machines or computers mimic human actions or behave like a real human being with a human mind, it is artificial intelligence.

There are four types of Artificial Intelligence. They are

Reactive machines are the most basic types of AI. This basic type of AI is programmed to ‘react’ only to present situations thereby lacking the memory or capable of using past experiences to solve a problem, hence the name ‘reactive’.

Reactive AI machines have no concept of the internal world, meaning they don’t fully understand how a human mind works, instead rely only on the current situation, to react to a particular task. They make moves according to the given present situations thereby remaining monotonous and repetitive.

IBM’s Deep Blue beat Russian grandmaster Garry Kasparov in the late 90s. Deep Blue was designed in a way that it can identify all the possible moves each piece can have for itself and its opponent. This way it beat the Russian player Garry Kasparov and proved that AI can perform like a human with a real brain.

The Artificial Intelligence Online Course at FITA Academy is industry-recognized, intends for candidates to obtain expertise in the various aspects of AI.

Limited memory AI machines work on the combination of observational data and pre-programmed data that is fed to them. It means, unlike Reactive machines, Limited Memory makes use of past experiences to react to a given situation.

An example of Limited memory is self-driving cars and autonomous vehicles, which use their past driving experiences to tune their way of driving. These vehicles depend on both their observational skill and their pre-programmed data to gain experimental knowledge while driving.

Theory of mind AI is programmed to impart emotional behaviours to machines, which constitutes a real human-like interaction. This AI should learn to use information derived from humans and process it in their learning centres to exhibit a real social interaction with humans.

Though developing of this type of AI machines are underway, a machine exhibiting real human-like emotions is not fully achieved. The major hurdle in developing the theory of mind AI is the inability to include the flow of emotions in them, to be more adaptable to the changing nature of human emotions.

But Kismet and Sophia came very nearby but were not able to accomplish the real social interaction with humans. Researchers are making progress in this field so that the future theory of mind AIs can be a suitable emotional partner to their humans.

This type of AI is the one that can understand human emotional behaviour as well as human intelligence and also have one of its own.

AI experts are working on their way to build these super-intelligent machines but time will tell, whether we can have one or there will be another fifth type to discuss. AS for now, researchers are concentrating more on Limited Memory and Theory of Mind AIs.

Artificial Intelligence Course in Chennai at FITA Academy is a well-articulated course, exposing students to more practical sessions to attain technical competency and to make them adequate in the software. The other city we provide Artificial Intelligence Training is Bangalore. Students who are located in Bangalore can go to the respective page and find the address given below.