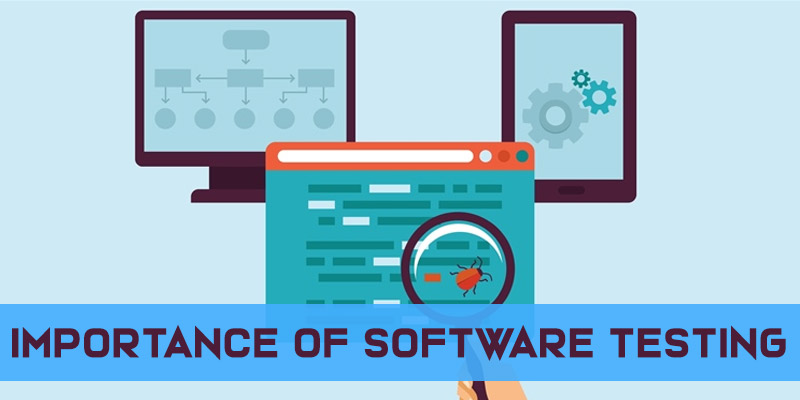 Software testing is an extraordinary tool for business development. The Software goes through multiple levels of testing for ensuring a reliable function. This is the major reason to perform testing and not a single product can be launched in the market prior to testing. There are numerous reasons that support the significance of testing.

Black-box Testing- The Black box testing is performed when the internal structure is not known. Also, this method helps in detecting the errors in the process.

Unit checking- This type of unit checking testing is first performed by the developers before the particular testing is given to the testing team. This test is done to check that a specific unit of the software functions as designed.

Compatibility Testing- The compatibility testing in the form of code testing is deployed to explain the compatibility of applications, systems, or websites with different objects like alternative internet browsers such as Firefox, Chrome and hardware platforms.

Performance testing is a non- functional testing method that is performed in terms of stability and responsiveness in different loading time and web speed to work out the requirements and consistency of the system parameters.

Why Software Testing is important?

To release the Software development products on the internet, everything should be double-checked. Software Testing is performed to provide security, cost reduction, product quality, and customer satisfaction. Companies at present, be it small or large scale are striving for more benefits and occupying a prominent place in the market is the primary motto. Thus, Software Testing becomes an important factor to reach that specified goal. Through Software Testing the bugs and errors can be identified at the initial stage and the errors could be resolved at a minimal cost. Software Testing Online Course at FITA Academy provides you the best training from experts with professional training in identifying the bugs and resolving them efficiently.

Manual testing may be replaced by automated testing and it is not only consistent but also efficient. It is used for the environment stimulation by the end-users. Join Software Testing Course in Bangalore at FITA Academy and learn the course professionally under the guidance of working professionals and hone the necessary skills that are required for a software tester.