Getting Started With CCNA Networking - A Beginner's Guide 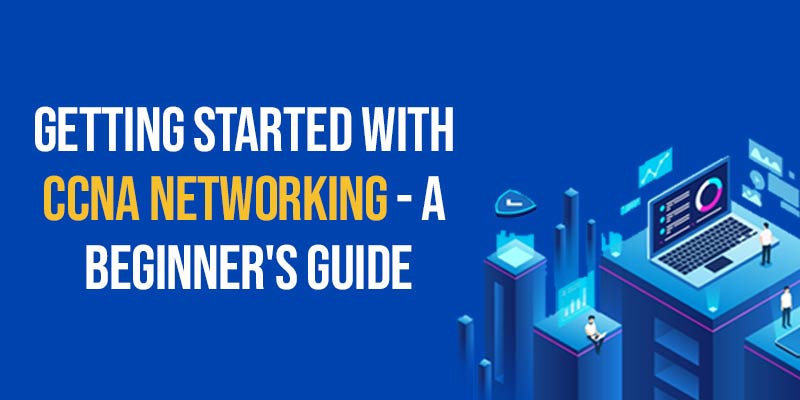 CCNA Cisco Certified Network Associate certificate is offered by the eminent company Cisco, which delivers proficiency in the fundamentals of networking concepts for a lucrative future. FITA Academy is a top institution that provides extensive CCNA Course in Chennai for those who desire to build a career in networking. There are a few essential subjects and concepts covered by the CCNA certification. In this article, we will be looking at the fundamental topics of Cisco CCNA in cloud networking.

A LAN is a collection of computers and related devices that are linked together in a single, constrained area. LANs come in different sizes. A business network with hundreds of users and computers in an office or a residential network with just one user are both possible. The local area network is under private ownership. Switches, routers, cables, wireless networking, and other components make up a local area network (LAN), which provides network devices to link with local computers, web servers, and other LANs via wide area networks. It works well for sharing tools like printers, documents, games, and other software. CCNA networking wholly depends on LAN and WAN applications for its connectivity and services.

A WAN is a collection of interconnected LANs or other networks. It is a system of networks that allows devices from all over the world to communicate and share information. It enables businesses to set up networks that let stakeholders, including staff members, clients, and other stakeholders, cooperate online from anywhere. A WAN is not bound by physical boundaries. It might, however, be restricted to a single state or nation. WANs are often pricey and fast. The biggest public WAN is the Internet.

The prevention of the network connection against unwanted access, exploitation, or theft is known as network or Cyber Security. In order for users, apps, devices, and users to work securely, a secure infrastructure must be built. Some of the methods provided by Cisco to ensure network security are

You can get hands-on training at the Cyber Security Course in Chennai for a detailed understanding of the various security services provided in the cloud. The core components of networking include switches, routers, and wireless access points. They allow devices linked to your network to interact with one another and with networks outside of it, such as the Internet. Different tasks are carried out by CCNA routing and switching, and wireless access points in a network.

Most commercial networks are built around switches. In a building or campus, a switch serves as a controller, linking computers, printers, and hosts to a network.

Switches enable communication between devices on your network and other networks, building a network of shared resources. Switches boost productivity and reduce costs by sharing information and allocating resources. As part of your networking fundamentals, you can pick between on-premises and cloud-managed switches.

You can set up and monitor your local area network (LAN) with a managed on-premises switch, providing you with more precise control over network traffic.

Your network control can be made simpler with a cloud-managed switch. You receive a user-friendly interface, multisite full-stack management, and switch-directly provided automated upgrades. FITA Academy provides the best resources on how to learn about networking by providing practical experience in routers and switches.

Multiple networks are linked together through routers. Additionally, they link the Internet to the computers on those networks. All networked computers can share a single Internet connection thanks to routers, which reduces costs. A router serves as a dispatcher. It examines the data being transmitted across a network, determines the optimal path for the data to take, and then sends the data on its journey.

Routers link your company to the outside world, safeguard data from security risks, and even choose which computers get priority over others. The CCNA Cisco Certification is an essential credential for anyone who works in the networking field. Routers offer extra features to make networking simpler or more secure in addition to those fundamental networking capabilities. You can select a router with a firewall, a virtual private network (VPN), or an Internet Protocol (IP) communications system, for instance, based on your security requirements.

Devices can connect wirelessly to the network without using cables through access points. New devices can be quickly connected to a wireless network, and logistics companies can receive flexible support. Your network's access point functions as an amplifier. An access point increases the bandwidth that a router delivers, enabling a network to handle more devices and allowing those devices to connect to the network from a greater distance. However, an access point does more than just increase the Wi-Fi range. To tell you more about what is CCNA course in networking is, it can offer helpful information about the network's devices, offer proactive security, and accomplish a variety of other valuable tasks.

Wireless networking is a type of wireless network connection that creates a local area network (LAN) between two or more devices in a constrained space, like a house, lab, campus, or office space. You have three deployment options to select from when building your wireless network: centralised, converged, and cloud-based deployment.

The International Organization for Standardization (ISO), a global organisation that sets standards, developed the OSI (Open Systems Interconnection) paradigm. It was intended to serve as a guide for discussing how a communication system works. The OSI model explains how application programs on various computers can communicate across the network medium and offers a framework for developing and putting into use networking protocols and devices. Each of the seven layers in the OSI model, which describes how data moves over a network, describes a unique purpose.

The Defense Advance Research Project Agency (DARPA) developed the TCP/IP model as an easily accessible and public networking model in the 1970s. Cisco CCNA provides general recommendations for creating and putting into practice computer protocols, similar to what the OSI model does. The OSI model's Presentation, Session and Application layers are combined into one layer within TCP/IP model. In the TCP/IP paradigm, the Network Access layer also refers to the Physical and Data Link layers. Internet, Network Connectivity, Transport, and Application make up its four layers.

This article gives a brief overview of the various concepts in CCNA such as routing and switching basics, network security, OSI Models and IP models, and LAN/WAN. Candidates should learn the principles of CCNA certification and get ready to work with the newest network technology. It is applicable to all levels of engineers, including network operators, network engineers, and other networking professionals. To get a better understanding of the various networking concepts, enrol on FITA Academy’s CCNA Course in Bangalore to become certified users.