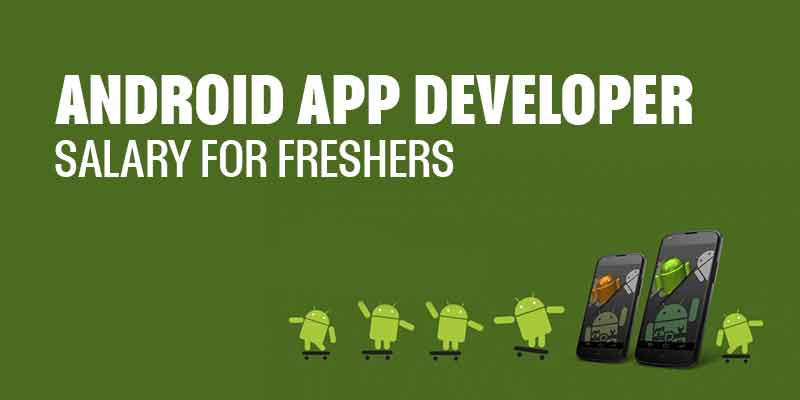 Among various evolving fields, android development is one of the booming technologies in the IT sector. Smartphones and internet access have now become a part of everyday life. Moreover, we rely on mobile apps for everything, including social networking, games, media, e-commerce, and more. It has resulted in a rise in the demand for skilled Android and other platform developers.

Why Android Developer is Demanding

Android and iOS are two mobile application dominate the global smartphone industry. As we all know, Android, on the other hand, is currently at the top of the list, with 75.44 percent of the overall mobile OS market share and more than 54 billion app downloads.

For many top companies, to reach a larger audience, gain more awareness, and generate income, organizations need more high-quality and engaging apps. On the other hand, consumers seek applications to make their lives more convenient. As a result, there is a high need for Android developers to create new user-friendly apps and improve the performance of existing ones.

Have you considered studying or enhancing your app development skills? Do you want to be a successful mobile app developer? But are you undecided about pursuing an Android programming career? Here we have discussed the android app developer salary in India and the skills required to become an android developer.

If you want to understand the mobile app development process, you can join Mobile App Development Courses In Chennai and learn the core concepts such as Planning and analysis, Developing and coding and testing.

What is Android Development

Android operating system is developed by utilizing Linux Kernel. Most Android developers have utilized distinct GUIs despite using the same underlying operating system since it is easily changeable. Android Open Source Project is the open-source code that is used to create Android applications (AOSP)

With the aid of SDK, we can create an Android application. These applications are compatible with any Android-based smartphone that is written in Java. Java Virtual Machines are used to run these. Since 2011, Android has been the most popular operating system, with over 2.1 million monthly active users. Android comes in multiple versions, each with unique features that set it apart from the rest. Android 12.0 is the most recent Android version to hit the market.

If you want to have a profound understanding of java, you can join Java Training In Bangalore at FITA Academy and learn the core concepts such as Java Programming basics, control Structures, loops, OOPS concerts, Exception Handling and many more.

There are approximately 2.6 million android applications in the Google Play Store, with the majority of them being perhaps affordable or free to download. The following are some of the additional benefits of using Android.

Who Can Become an Android Developer?

Compared to other app development platforms, the path to becoming a successful and accomplished android developer is relatively easy. If you want to have a comprehensive understanding of android applications function, a short Android programming course can help you improve your abilities and focus on using Android to design apps. As a result, any starting developer with fundamental skill sets and the desire to excel at designing Android apps may become an Android developer because the learning is relatively short.

If you want to begin your career in android development, you can join Android Training in Bangalore and learn Widget Control, Single Screen Design, Linear Layout, DML Queries, DDL Queries and many more core concepts.

Roles and responsibilities of becoming an android developer

Guide to Becoming an Android Developer

As a first step, you need to have programming language skills—the two main programming languages such as Java and Kotlin. Syntax and idioms, OOP concepts, and data structures and algorithms are the three primary aspects of Kotlin that should emphasize your learning.

If you want to have a profound understanding of java, you can join Java Training in Chennai at FITA Academy which helps you understand Data Abstraction, Encapsulation, Inheritance, Polymorphism, ArrayList, Vector Class and many more.

To become an android developer, you must have a deep understanding of the android development lifecycle. This implies that your app must be designed to work effectively with other applications on your phone. For example, your app should be programmed to perform optimally when the phone receives a message or a call. With this knowledge, you may develop an app that provides the most significant user experience.

Learn the Basics of an Android Platform

To become an android developer, you must know the various components and features of android development. Moreover, you must be familiar with the Modifications to the app's setup, working with the app's modules, analyzing the units, and conforming to specified security and navigation. You can use several tools to develop the app once you've learned about these features of the Android platform.

If you want to pursue your career in mobile app development, you can join Mobile App Development Course Online and mobile applications, HTML5, JavaScript, CSS, and many more core concepts.

Get to Know the Android Tools

Every new Android developer should know the essential development tools and how to use them. The first tool you'll need to learn is Android Studio, Integrated Development Environment for Android app development.

When developing Android apps, you'll also require a Version Control System tool, preferably Git, which is used for collaboration among developers, tracking changes in the codebase, and reversing to previous versions when necessary.

Finally, you should be familiar with Gradle, and Android Studio-integrated builds automation tools. Gradle is a tool that lets you compile, create, and publish Android apps.

After acquiring skills and being familiar with components and features for android development, you can start work with a small project. Moreover, you can begin implementing your practical skills in your project.